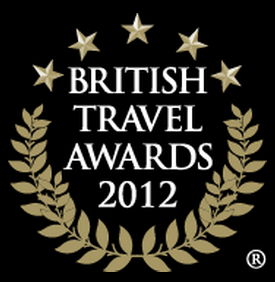 Every year they ask holiday-makers and leisure travellers to vote for the travel and tourism companies they believe deserve recognition for the quality of service they offer.

And we are pleased to announce you that this year, our client, JustLodges.com have been nominated for Best UK Holiday Cottage/Self Catering Booking Company Award for 2012 by the British Travel Awards.

All companies that are selected for an Award such as Just Lodges were nominated by a selection of industry professionals both in and outside the travel industry. Seventy-five categories are present like for example “Who is the best airlines, airports and flight booking companies?” or “Who is the best travel agency?”. Just Lodges are under “Who are the best UK holiday companies and visitor attractions?”.

The winners of the 2012 British Travel Awards will be announced at a glittering ceremony November 2012 in London.

You can vote for JustLodges.com in the category “Who are the best UK holiday companies and visitor attractions?” select “Best UK Holiday Cottage/Self Catering Booking Company” and vote for “JustLodges.com”